2022 marks the 110th birth anniversary of Prof. Chien-Shiung Wu. The Chinese Physical Society and the American Physical Society jointly hosted the International Forum on the 110th Birth Anniversary in honor of Madame C. S. Wu. And Nanjing University Alumni Association United States organized the event in Washington, US on the 24th of September. Over 120,000 online and offline audiences attended. 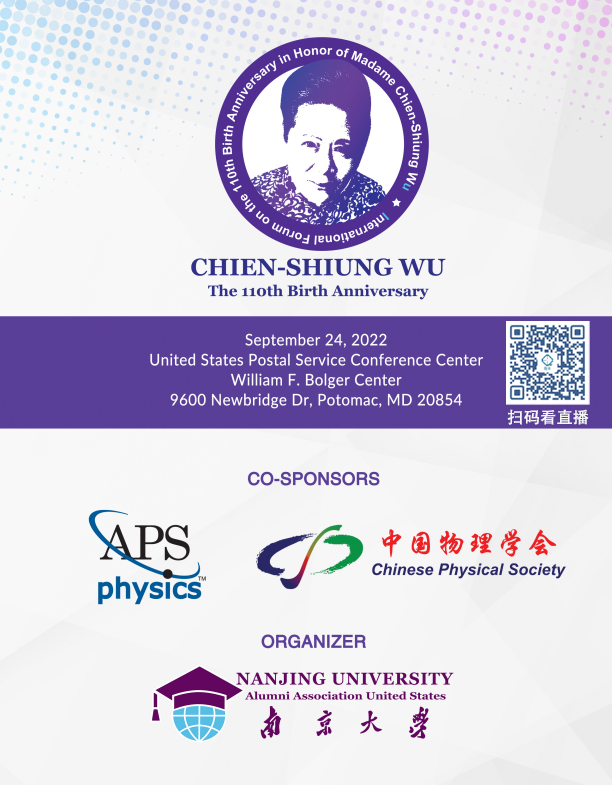 Wu (1912-1997) was one of the top experimental physicists in the world and has made significant contributions in the fields of nuclear physics and to the development of modern physics. Her expertise in experimental physics earnt her the recognition of Chinese Marie Curie and one of the top female experimental physicists. She is the first woman APS president, worked on the Manhattan Project, and demonstrated Tsung-Dao Lee and Chen-Ning Yang's hypothesis of the non-conservation of parity in weak interactions which resulted in Lee and Yang winning the 1957 Nobel Prize in Physics. Her story inspires young people especially young women in science.

President Jie’s report is titled Chien-Shiung Wu - A Phenomenal Exemplar for Our Generation. He started his speech using the Chinese character of Xiang from Prof. Tsung-Dao Lee's memorial at Wu's commemoration service the year she passed away. “Xiang” both speaks to Wu's greatness and perfectly reveals how much we have missed Prof. Wu.

Jie pointed out that early in Wu’s study of physics, she was mentored by the first generation of physicists in China. On behalf of the CPS, Jie paid tribute to these pioneers, Prof. Shih-Yuan Sze, Prof. Chung-Yao Chao, Prof. Gu Jinghui, and Prof. Shi Ruwei, who are also CPS’s founding members.

It is underscored that Wu is the only physicist who has never made an experimental error. Such a reputation is inarguably the highest compliment for any experimentalist. Jie concluded his speech by praising that Wu has made her hometown of Taicang, the Chinese Nation, and all women in physics proud by creating a lot of firsts as a woman and as Chinese.

Her relentless pursuit of truth, impeccable character, perseverance, patriotism, and outstanding contributions to physics have left a glorious mark on the history of humanity's exploration of nature. 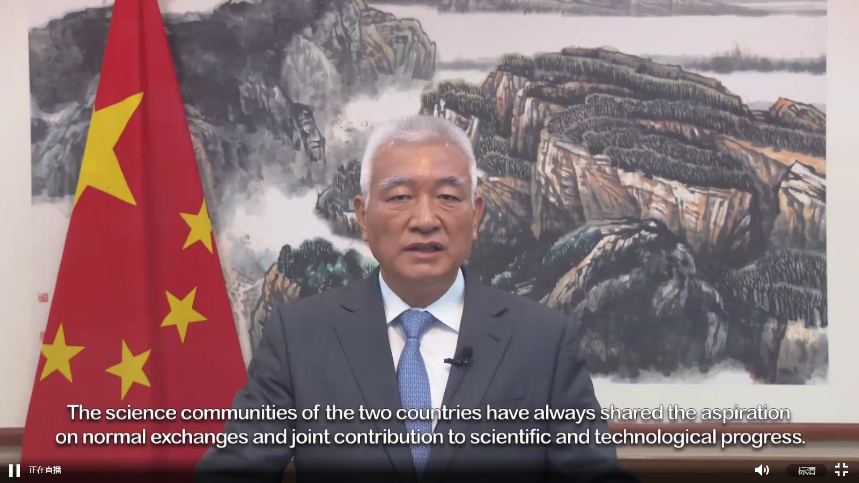 Zhigang Wang, the Honorable Minister, Ministry of Science and Technology of the People’s Republic of China, sent his congratulatory video. 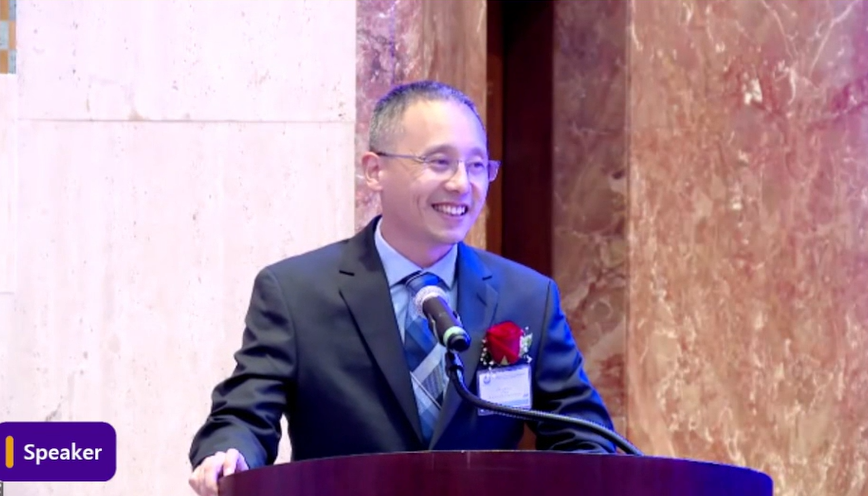 A delegation of CPS’s three top scientists was sent to celebrate the event. They are Jianglai Liu and Haijun Yang from Shanghai Jiao Tong University, and Xiaodong Tang from the Institute of Modern Physics.

The delegation head Prof. Liu read the congratulatory notes from Gang Wan, the Honorable President, China Association for Science and Technology of the People’s Republic of China.

Madame Wu was active in facilitating exchange and collaboration between China and the US in the fields of science and education. Due to the efforts of physicists like C. S. Wu and T. D. Lee, we witnessed that US-China high-energy physics cooperation broke the ice between the two sides in science and technology exchange and cooperation. In the period between 2003 and 2006, Jie served as the Head of the Chinese Delegation for the China-US High Energy Physics Collaboration Joint Committee. Lee guided Jie in many ways and regarded him as a close friend beyond age(忘年至交).

Fast-forward to this September, the CPS sent a delegation to Washington in an effort to advance exchange and strengthen communication. In the future, Tsung-Dao Lee Institute will keep promoting exchange and collaboration across borders and endeavors to serve as a window for the world to understand the dreams of the Chinese science community, the scientists in China, and life in China. 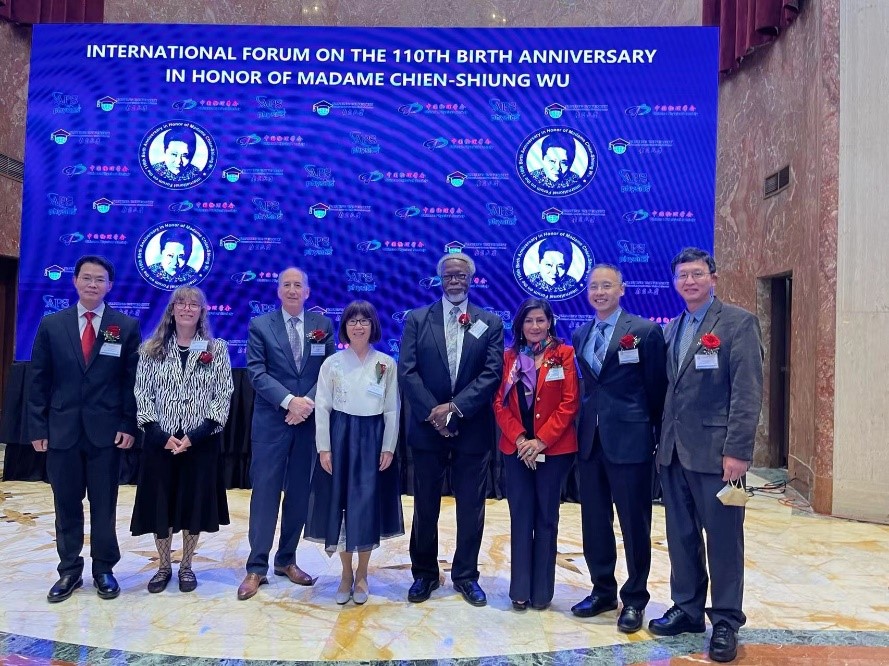 Please find the replay of the stream via the link: